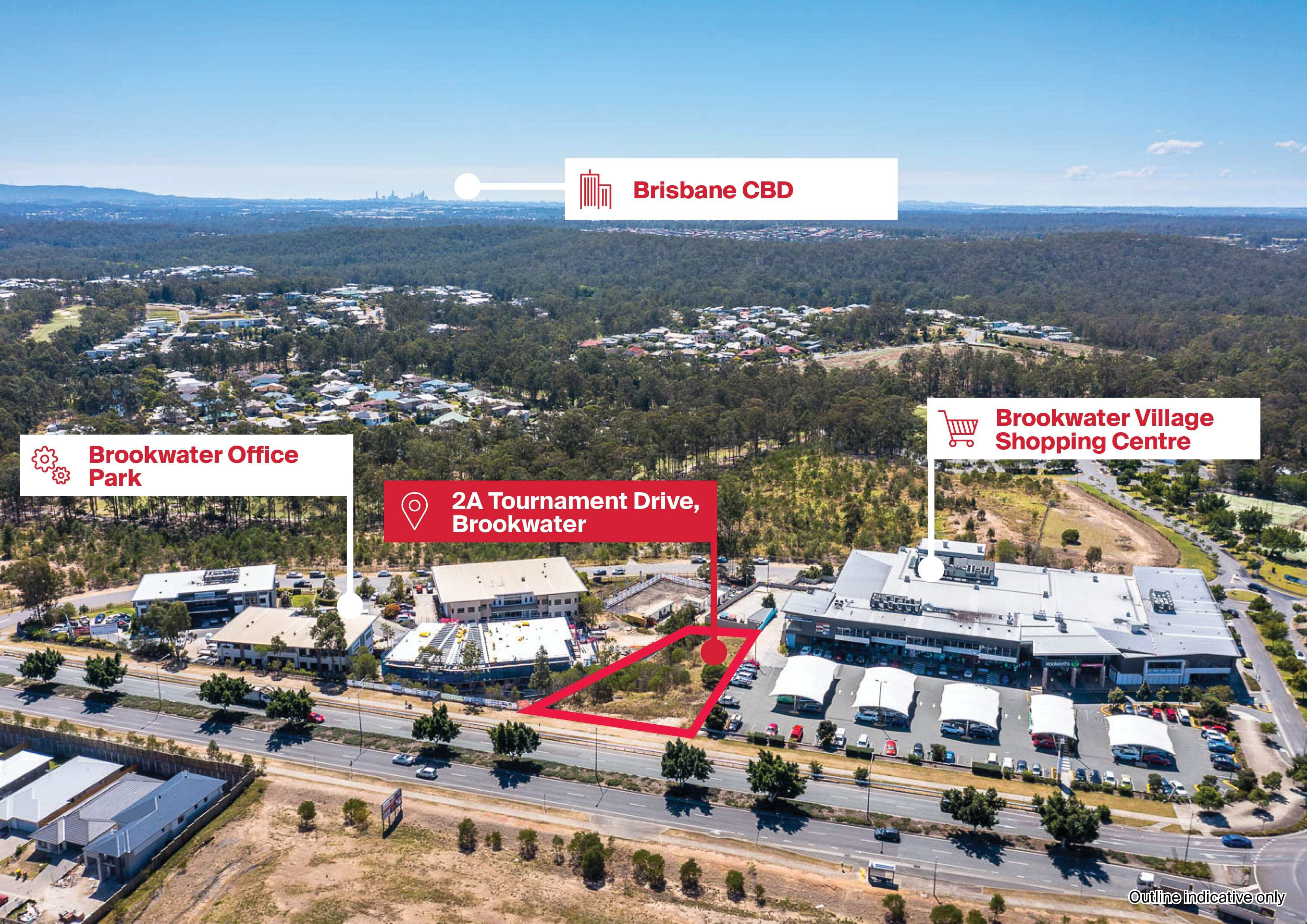 For Sale - 2A Tournament Drive, Brookwater

A development site with a multitude of potential uses in the prestigious suburb of Brookwater, in the fast-growing region west of Brisbane, is up for sale.

The 2,000sq m property at 2A Tournament Drive adjoins the Woolworths-anchored Brookwater Village Shopping Centre and the Brookwater Office Park, with direct access, and has street frontage of nearly 40 metres to the major thoroughfare, Augusta Parkway, which has daily passing traffic of more than 30,000 vehicles.

It will be taken to the market via an Expressions of Interest campaign run by Christian Sandstrom of Knight Frank on behalf of the vendor, a local private investor.

Mr Sandstrom said the site was an amazing development opportunity, and was expected be sought after by a range of buyers looking to capitalise on the future growth in the immediate area.

“Brookwater is one of the key suburbs within the masterplanned community of Greater Springfield, which is a thriving satellite city with a population that is set to more than double by the end of the decade.

“An incoming buyer will have the opportunity to establish a foothold in this fast-growing region, and establish a key piece of community infrastructure within Brookwater with great exposure.

“Brookwater is considered the ‘jewel in the crown’ of Greater Springfield, and this site offers a ‘blank canvas’ opportunity in the absolute heart of the suburb, which also has a Greg Norman-designed golf course and premier residential community.”

Mr Sandstrom said the site was zoned SFCR – Community Residential, and was nominated as a neighbourhood centre, but suited a multitude of development outcomes.

“Potential uses could be commercial, educational, childcare or mixed-use,” he said.

“The site is completely cleared, ready for immediate development once approval is granted.

“It’s in a prime location to position multiple tenant solutions, being centrally positioned amongst key infrastructure and amenity, and just 30 minutes from the Brisbane CBD.”

The Expressions of Interest campaign for the property will close at 4pm, Thursday March 3 AEST.