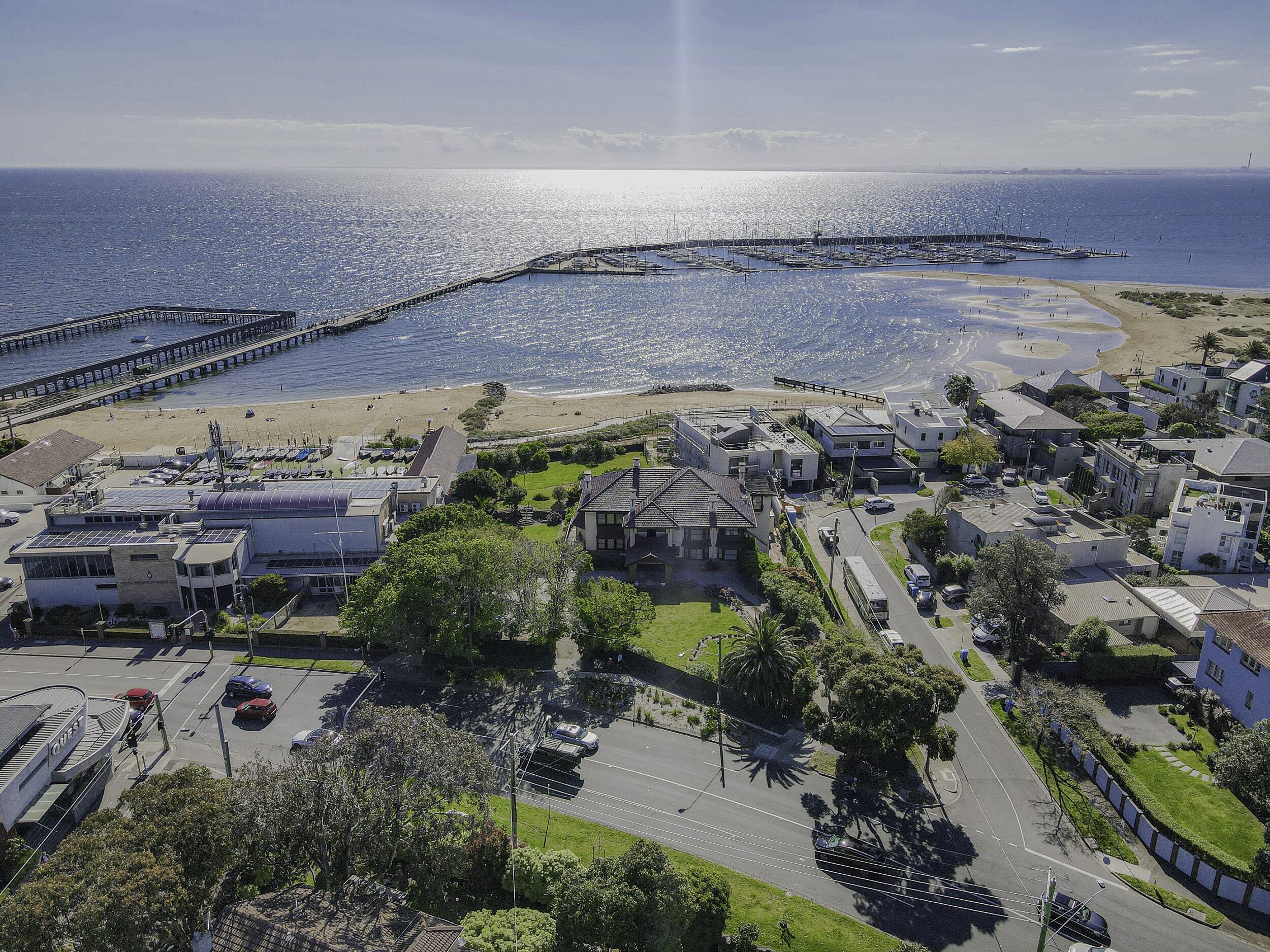 Melbourne, Australia – A BEACHFRONT site ripe for development in Brighton, one of Melbourne’s most sought after residential suburbs, will be hotly contested when it hits the market next week.

The 3,348sq m property at 257 St Kilda Street, next to the prestigious Royal Brighton Yacht Club, is currently improved by a substantial three-level seaside mansion, in which the owner, the Redemptorists, live and direct their ministry, Majellan Media.

It is being taken to the market via an Expressions of Interest campaign run by James Thorpe, Stephen Kelly and Langton McHarg of Knight Frank on behalf of the vendor.

The property is being offered to the market for the first time in 60 years, with buyer interest likely to reflect pricing above $25 million.

Mr Thorpe said the property would attract a wide range of buyers both locally and from interstate, with the location being the biggest drawcard, along with the size and development potential of the site.

“The property is zoned residential, and within this zoning there are multiple options for a developer, including building their dream home, a multi-unit development or an apartment development, subject to council approval.”

“The existing building could be retained for a future development, or the buyer could start with a blank canvass.”

Mr Thorpe said the location of the property was unparalleled.

“Not only is it in one of Melbourne’s most desirable suburbs, but it has direct beach frontage and is a corner allotment, with frontage to both St Kilda Street and Mytton Grove,” he said.

“The site offers picturesque views over Port Phillip Bay and Brighton Beach, with its immediate beach frontage offering the ability to walk directly onto the sand with the Yacht Club next door, neighbouring the Brighton Baths.”

“Being in the heart of Brighton, just 12 kilometres from the CBD, it is also close to other amenities including shops, cafés, restaurants and public transport.

“Very, very rarely would anything of this magnitude in a location like Brighton become available for sale, so we are confident buyer interest will reflect the scarcity of an offering like this.

“Prior to launching the campaign we have already been fielding enquiries from developers, so we expect interest to rise once the property officially hits the market.”

Mr Thorpe said Melbourne’s property market has experienced exceptional growth in 2021 and investor confidence has been buoyed by historically low interest rates, and the strength in the market was expected to continue well into 2022.

“There is growing confidence amongst both buyers and sellers as the city starts to open up again, and pent-up demand, particularly as interest rates continue to remain at record lows,” he said.

“This Brighton property is of such a calibre that we see it as an inflation-proof asset, and buyers have the ability to park their capital in a land banking play if desired, with the ability to develop in the future.”

The Redemptorists, which have been in Australia since 1882, are a community of Catholic priests, brothers and lay partners whose task it is to communicate the Christian message.

Their Brighton house has been a place of hospitality, as well as the print communication hub from which they published, among many things, the quarterly magazine called The Majellan.

A spokesperson for the Redemptorists said: “This property has been a home for Redemptorists for 60 years, from which we have written and published extensively about the gift and challenges in family life in Australia and New Zealand.”

“Its beautiful and calming vista has made it a welcoming place of hospitality for generations of families.”

The Expressions of Interest campaign for the Brighton property will close at 12pm on Wednesday, December 8.