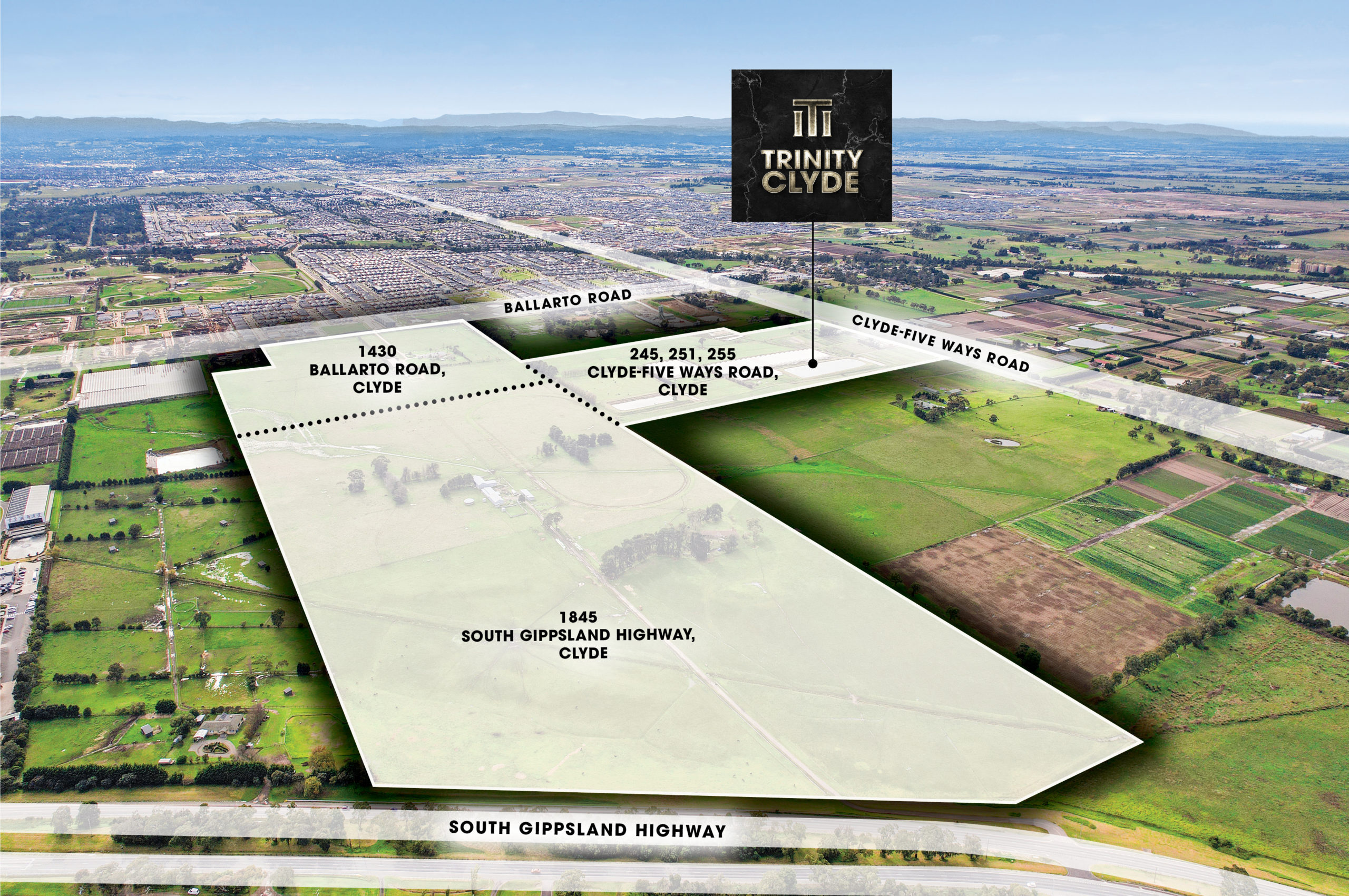 "It's one of the biggest industrial offerings this area has ever seen."

As Melbourne continues moving outwards, those suburbs to the south-east of the inner city are growing at an exponential rate, with both developers and tenants alike finding value outside the sprawling metropolis of the CBD. Now, a prime development opportunity in Clyde, situated within one of Australia's fastest-growing growth corridors, has hit the market.

An 81.2-hectare parcel, designated as Trinity Clyde, has been listed, and with the local government zoning the property for Urban Growth, investors and developers are being invited to engage with the respective agents on a site that has plenty of potential.

“We’re incredibly excited about this opportunity,” stated Angus Clark, Director at Cameron, and one of the agents tasked with promoting the property. “It’s one of the biggest industrial offerings this area has ever seen.”

Mr. Clark is working in collaboration with fellow Cameron colleagues Henry Sayers and Ben Cooper to bring Trinity Clyde to market, and their price expectation for the site is lofty but reasonable.

“We’re anticipating buyer interest at circa $750,000 per acre - approximately $150 million for the total site.”

It’s a major figure, but contextually speaking, it’s appropriate given the significant interest in Clyde and the rest of the City of Casey. According to the team at Cameron, they have recently sold two major industrial estates in Clyde, that consisted of 100 lots each. With Casey servicing the largest population of any metropolitan council in Victoria, local industrial opportunities are prompting remarkable engagement. 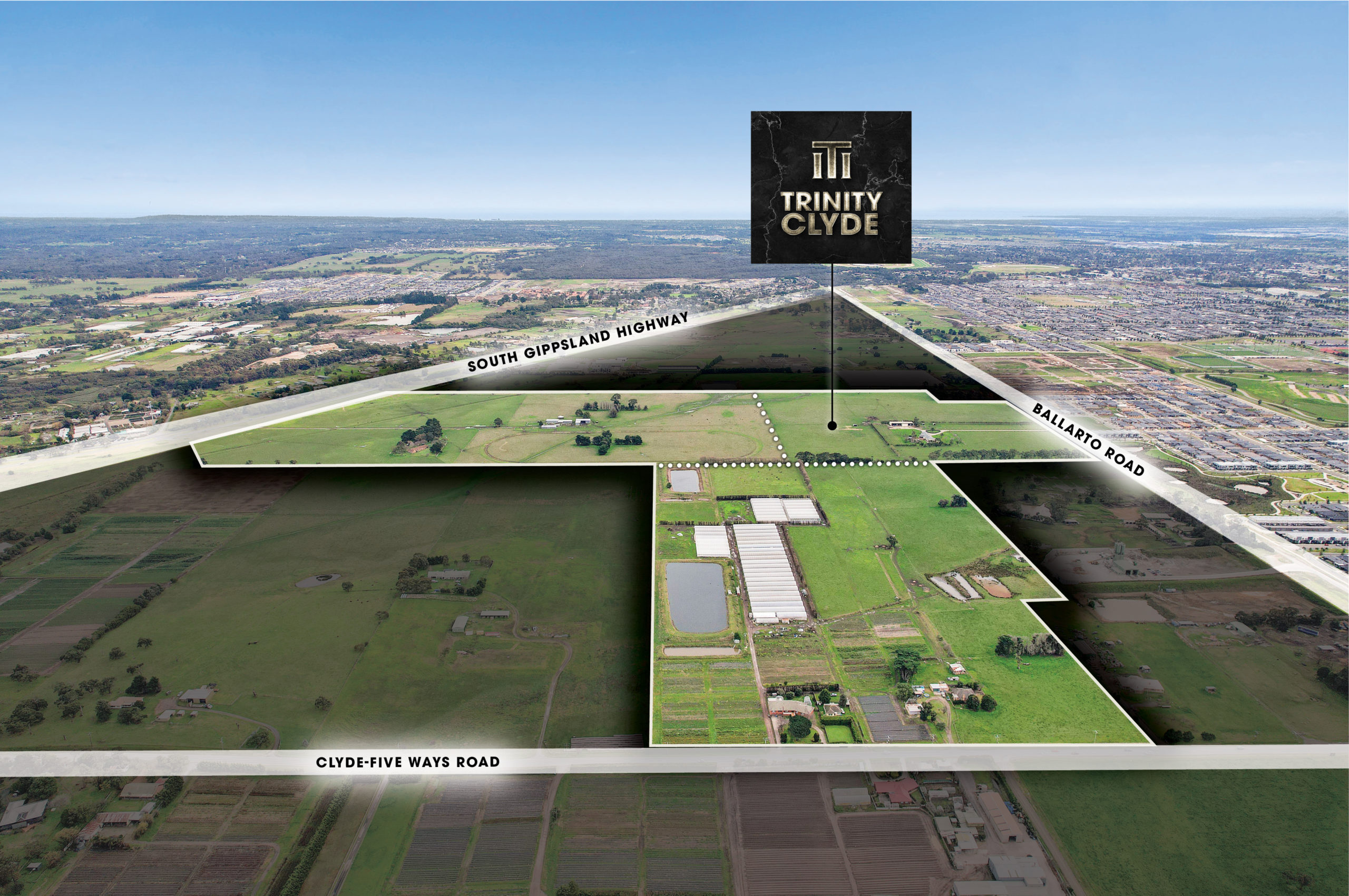 Recently, we published an article exploring industrial vacancy rates, and how Australia now has the lowest national vacancy rate globally. Demand within this sector is so great, that net absorption fell by 40% during the first half of 2022, and the overall vacancy rate across Australia currently stands at 0.8%.

The sheer depth in demand is providing both owners and developers with a surplus of options, and as such, the individual or organisation that successfully acquires Trinity Clyde will be well-positioned to take advantage of a market that has an unparalleled appetite for quality industrial property.

“With the south-east industrial market currently starved of land, and vacancy rates reaching record lows, we see this as an outstanding opportunity to create a development pipeline for the next 5+ years," stated Mr. Sayers. 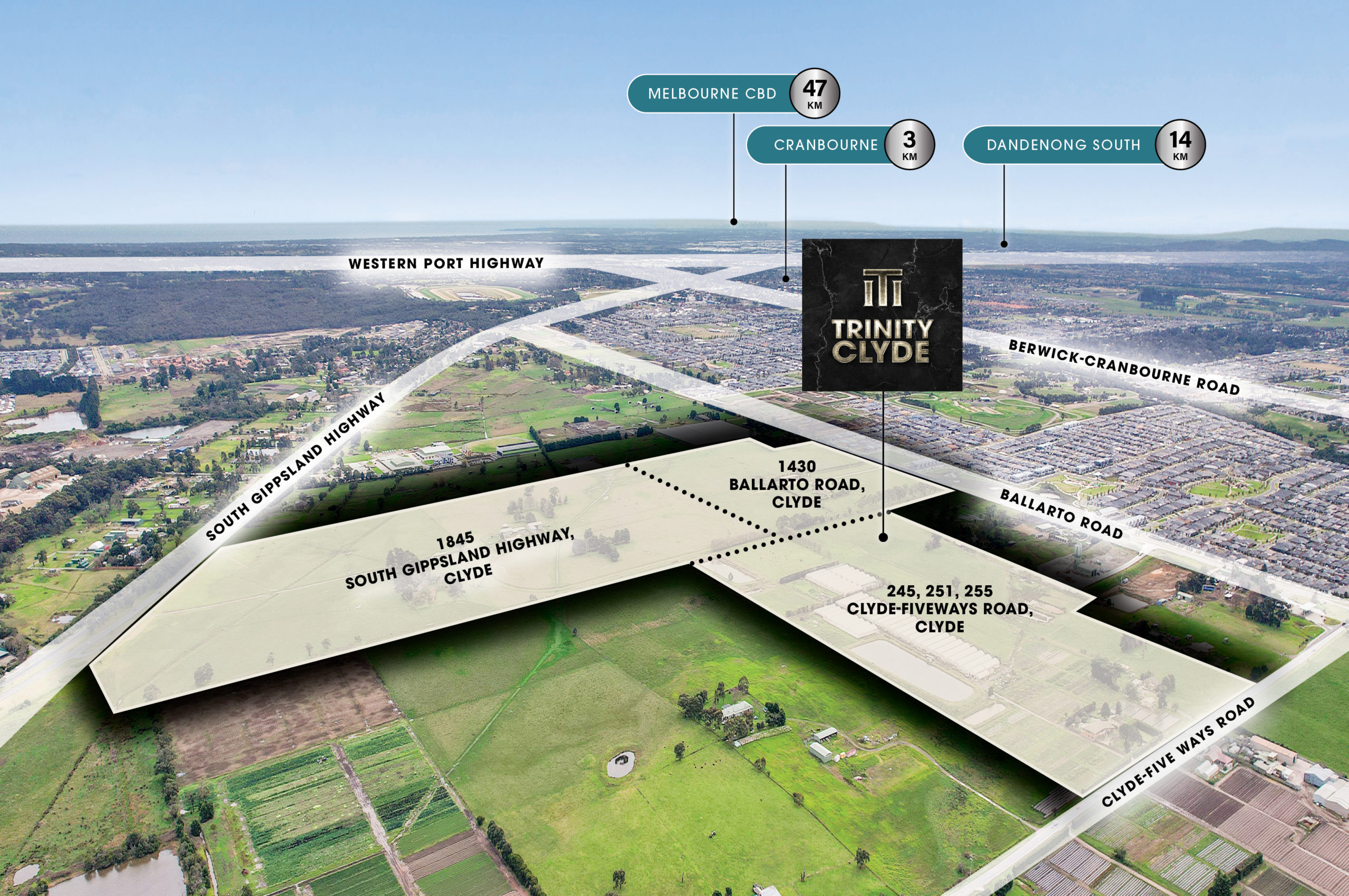 The landholding is comprised of three consolidated sites farming sites; 1430 Ballarto Road, 245-255 Clyde-Five Ways Road, and 1845 South Gippsland Highway. Combined, there is over 1.1 kilometres of road frontage on offer, and the amalgamated land area is equivalent to approximately one-third of the proposed Casey Fields South Precinct Structure Plan.

"The site has the capacity to deliver between 300-to-350 industrial lots in a small lot plan of subdivision."

Given the current market conditions and the City of Casey’s popularity amongst the industrial sector, Trinity Clyde has the potential to achieve an outstanding result for the vendors, and further establish Cameron as one of the pre-eminent agencies for industrial property in Melbourne’s south-east.