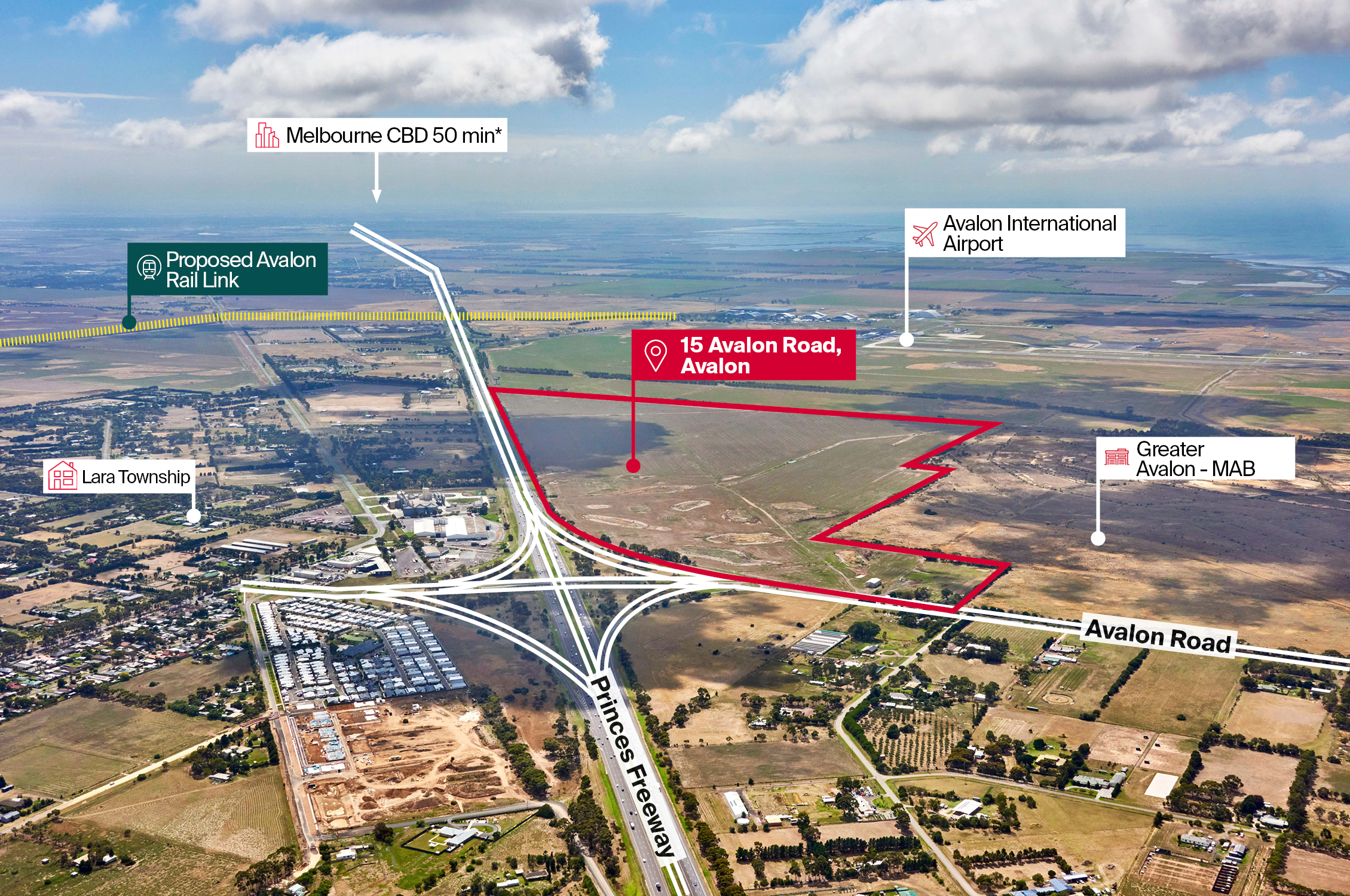 Market rumours have now been confirmed that a landmark transaction, flagged to be part of Geelong’s major new commercial and industrial precinct, has sold for mid $90million.

The selling agent, Knight Frank’s Director of Investment Sales, Stephen Kelly declined to comment on the exact selling price but referred to the precinct as a “game changer for Victoria.”

The site sits as the key gateway in between Avalon airport and what is proposed to be the largest proposed business park in Victoria, Greater Avalon Business Park. The 3.3 billion development by MAB corporation directly to the rear, is already said to "redefine this region of our state as Victoria’s global gateway, securing a strong economic future for Victoria with the benefits to be felt for generations."¹ It will be a world-class industrial and business precinct that will in turn attract an ecosystem of smaller-scale businesses helping to fuel the economy of what is Victoria’s largest regional city.

15 Avalon Road, Avalon is a 141ha site with more than 2 kilometres of direct frontage to the Princess freeway, one of Australia’s busiest roads. It sits adjacent to both the airport and Greater Avalon’s business park, creating a key gateway and completing what will be known as the Avalon Employment Precinct. A planning scheme amendment has already been prepared for a re-zoning of the land to C2Z which will facilitate commercial and industrial uses, as the property is exceptionally well placed to major transport hubs, including air, sea, rail and road. This will not only service the growth of Greater Geelong and any overflow from Melbourne, it will also feed the under supply of industrial properties in Melbourne’s west and continue to fuel more growth in the area.

This proposed precinct is also within close proximity to the Northern Geelong Growth plan which is part of the largest urban growth project expected to welcome more than 110,000 new residents in the coming years. The Northern and Western Geelong framework commenced in 2013 and addresses the long term population growth strategy for what is now Victoria’s second largest city after Melbourne. It aims to optimise infrastructure and public transport for improved accessibility, build the local economy and encourage a ‘live and work’ locally lifestyle.

The new Avalon industrial precinct will most definitely help fuel this growth by not only creating around 18,000 new local jobs but also satisfy the ongoing insatiable demand for industrial space by both investors and owner-occupiers. And it is no surprise that investment activity and development in this sector is continuing on an upward trajectory. Largely sustained by an ongoing healthy appetite in consumer spending, Knight Frank research illustrates that demand is outpacing supply, land values are at new record highs and vacancy rates at their lowest points since 2011. So despite the low yields around 3%-4%, the industrial sector is still one of the highest in demand sectors due to its secure long term prospects.

The Northern Geelong Growth plan is residential growth and the Avalon industrial precinct, commercial growth. They will feed into each other and the surrounding areas to help create an economic epicentre that will generate a positive economic ripple effect not only for the region but also for our State and Country for years to come.