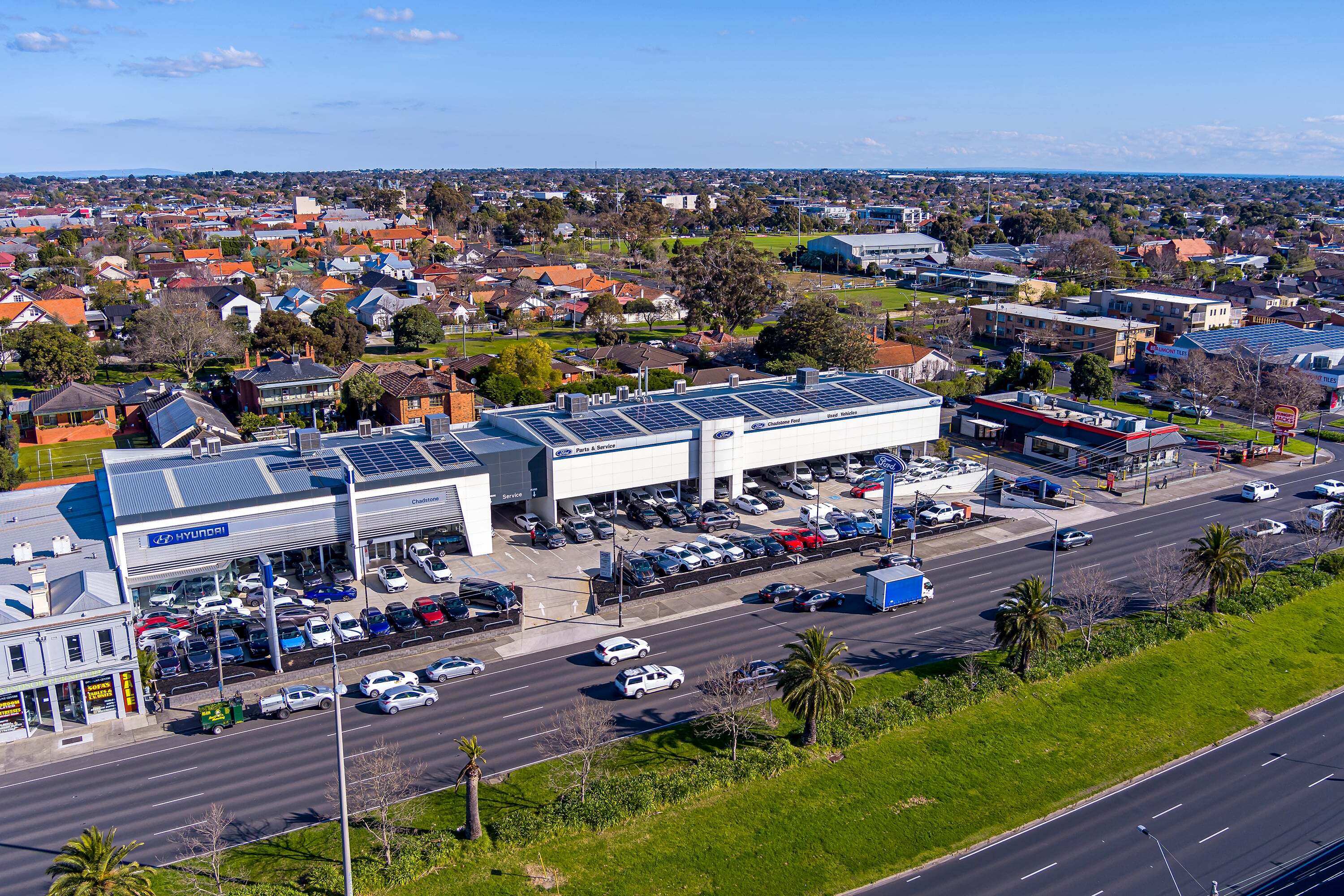 The $32.6 million land sale of the Chadstone Ford and Hyundai dealership in south-east Melbourne has set a new benchmark for Australia’s car dealership sector, achieving a yield of 3.32%.

The site includes a Hungry Jack’s restaurant which, together with the dealership, recently renewed its lease on a 10 + 5 year term.

The site was sold by Preston Motors, managed by CEO Robert Gattereder – who sold the Ford and Hyundai dealership business last year – and was purchased by a Mainland Chinese investor.

Burgess Rawson Partner Billy Holderhead said investor appetite in the car dealership sector was stronger than ever, drawing considerable interest from the top end of the market.

“The top three bids for the site were all submitted on clean, unconditional contracts. This in itself demonstrates 1. the strength of the market, 2. how unique the opportunity was and 3. the serious commitment and urgency from the buyers.”

The yield also usurped the Victorian record in the freestanding drive thru fast food market, which is currently held by Hungry Jack’s in Campbellfield, which sold at Burgess Rawson’s Portfolio Auction in September for $6.42 million on yield of 3.37%.

“There’s a lot of frustrated capital in the market,” he said. “Borrowing costs are at record lows, but that is not what’s driving it. Low yields, on long-term ‘set and forget’ lease structures, still perform better than 0.5 per cent returns in the bank.”

The auto sector is booming with consecutive months of growth, with half yearly results revealing cumulative September 2021 sales up 34% year-on-year.

“Record profits and a high volume of car sales have combined with supply issues to create the perfect storm for the sector,” said Mr Clark. “The high demand for cars has directly translated to increased appeal for automotive investments.”

Zomart He, Head of Asian Investment Services at Burgess Rawson, said the high demand for car dealership assets is being driven by the highly motivated local Asian market.

“Three of the top four bidders for the Chadstone Ford site were Chinese citizens who were all looking for secure, long term, offshore investments and recognised the rare opportunity of such a large, high- profile, commercial 1-zoned landholding,” Mr He said.

“These groups were all attracted to the set-and-forget investment qualities, but all had an eye on the long term future of the site”, added Mr He.

“Often, these types of assets are sold off market in a deal between the owner and the tenant without ever hitting the market,” Mr Gattereder said.

“When we divested our interest in the dealership business, we didn’t intend to divest the prime property as well. Credit to the estate agents who provided us with a strategy of a very attractive divestment plan which we couldn’t ultimately reject.

“We couldn’t have expected a better result. It’s a new record in the sector... achieved in the middle of a lockdown in Melbourne.”