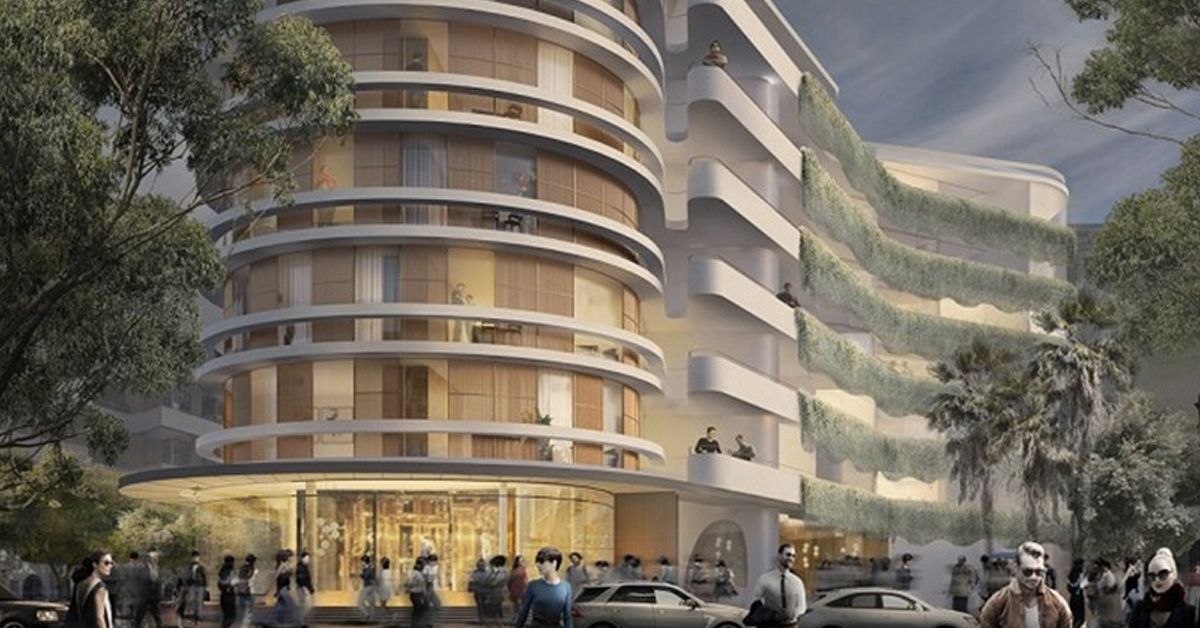 19-27 Cross Street, Double Bay, New South Wales, 2028
One of the most highly acclaimed corner sites in Sydney’s Double Bay, has freshly been placed on the market with a price tag of around $90 million.

This noteworthy commercial offering is being sold with concept plans already drawn and presented to council for a landmark, luxurious high-end apartment and retail development.

Known as the Double Bay Plaza, this site currently accommodates nine retail shops and three commercial spaces. The longest lease runs until February 2021 and the total gross income of the complex provides $530,000 a year; this allows developers ample time to put in the place the steps for the site’s ‘next phase’.

Brad Caldwell-Eyles and Julian Hasemer of 1st City Real Estate, in conjunction with CBRE’s Scott Gray-Spencer and Ben Stewart, have been appointed to sell this unique holding, via an Expressions of Interest campaign closing 4pm Friday 7 December 2018.

The previous owners, Stephen and Stella Rose, originally left the corner property to their children who had started plans for a luxury apartment, retail and commercial office development, designed by renowned architect Luigi Rosselli. However, the decision was made recently between them to allow someone else to finish their project.

“His (Stephen’s) six children are all getting on with their life with the youngest being 49 years old so they have just decided now is a good time to cash in on their valuable asset. They are still going ahead with the planning while they wait for the sale,” said agent Brad Caldwell-Eyles.

Mr Caldwell-Eyles added that Double Bay was the retail hub for “Australia’s most affluent and aspirational residential peninsula” and the site’s corner location is ”uniquely desirable”.

“We are confident that 19-27 Cross Street will sell for approximately $90 million for the existing site and buildings, which are not subject to development approval,” he said.

“If council was to give the go ahead and the plans were fully developed, we expect the final development could sell for approximately $230 million.”

The proposal put forward includes two luxury penthouses, each approximately 340sqm, 15 four-bedroom apartments, between 200 and 240sqm, and five one-bedroom-plus-study apartments at the rear.

The site will also encompass five retail shop spaces ranging from 84 to 268sqm; these are expected to sell for between $2.4 to $6.7 million upon completion.

“The upper levels will have spectacular northerly harbour views and the proposed development is nestled between the InterContinental Hotel and the forthcoming mixed use project at the Double Bay car park on Cross Street and Jamberloo Lane.”

*Please note that all financials, measurements or distances quoted above are approximate only.

To view more details on the listing click here.