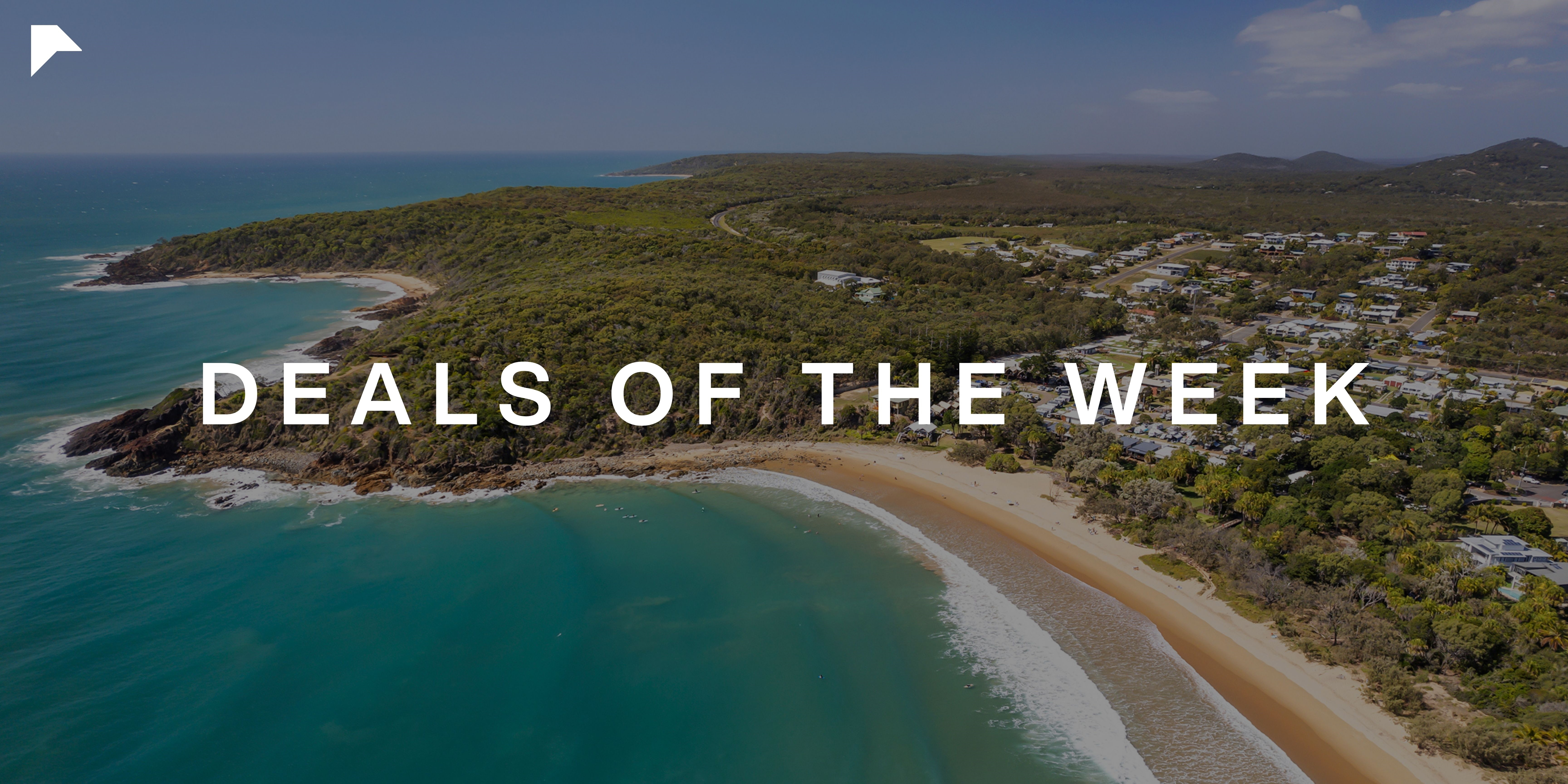 On behalf of private owners, Fitzroys’ Ervin Niyaz and David Bourke have sold 310-314 Lygon Street in the heart of one of Melbourne’s most celebrated dining, lifestyle and retail strips. The 345 sqm part-single level and two-storey building comprises open-plan ground floor accommodation with rear staircase providing access to an office on the first floor. Situated on a large 544 sqm site, the property represents a substantial acquisition for the local private buyer.

The 55-hectare Beenak Vineyard has been sold by Accolade Wines to Treasury Wine Estates. The estate contains 45-hectares of Pinot Noir and Chardonnay grapes, which was a significant incentive for the incoming owners. “Vineyards producing Pinot Noir are of particular interest as we respond to the very strong consumer demand for our Coldstream Hills and St Huberts brands,” stated Treasury Wine Estates CEO, Tim Ford. The sale was arranged by Langley & Co Advisors’ Stephen Strachan.

“The Beenak vineyard was planted in 1988 and is the source of one of the most extensive plantings of Pinot Noir and Chardonnay in the Upper Yarra Valley,” Mr. Strachan said. “[It demonstrates] yet again the market strength for premium cool climate vineyards of pedigree.”

A doctor that had occupied an inner north-west property for 38 years has sold that same clinic building at 318 Ascot Vale Road in Moonee Ponds to a fellow local medical practitioner. The successful buyer beat out more than 50 other interested parties, that included GPs, specialists, allied health practitioners, investors and developers. The property is comprised of a fully-functional medical building on a 329 sqm corner site with rear access, located just 350 metres from one of Moonee Ponds’ busiest roads in Puckle Street.

“The convenient location, main road corner exposure and on-site car parking were drawcards, while the population growth and development activity throughout the area were also major factors in the enquiry,” stated Fitzroys’ Ervin Niyaz, who managed the sales campaign alongside colleague Chris Kombi.

One of the final unused Masters hardware stores, located in Roxburgh Park within Melbourne’s north, has sold to Kennards Self Storage for $35 million, after being offloaded by HMC Capital. The Commercial 2-zoned, 5.4-hectare property is located on Pascoe Vale Road, and contains 13,000 sqm in gross floor area, in addition to 362 car parks. Kennards intends to redevelop the property into a mixed-use hub that will contain both retail, fast food, and self-storage facilities.

291 Maribyrnong Road in Ascot Vale, home to the well-known King Kahuna Beanbags store, has sold to a local landbanking developer after a competitive sales campaign that prompted more than 65 enquiries. Fitzroys’ Ervin Niyaz and Chris Kombi acted on behalf of local private owners who had held the asset for approximately 35 years. They sold the site on an incredibly sharp initial yield of 1.55%. “The short lease profile didn’t deter investors and landbankers,” stated Niyaz. “We had a number of businesses looking to take the chance to get into the area. This was a rare offering in this strip.”

A vacant 6,490 sqm industrial parcel in Western Sydney’s Northmead has sold to developer Hannas Group after a competitive Expressions of Interest campaign orchestrated by Knight Frank’s Wally Scales and James Reeves, in conjunction with Moxham Commercial’s Jeff Moxham and Bawdens’ Marcel Elias. Situated within the Northmead Employment sub-precinct, the buyer has intentions to develop the site into a mixed-use business or industrial estate. The vendor was a private owner.

“Westmead is underdoing significant change, so the location of this site was ideal for buyers to capitalise on future growth,” stated Mr. Moxham.

The Lord Roberts Hotel at 64 Stanley Street has been sold by long-term owner Sue Cameron for $22.5 million. “The ultimate sales price reflects the strength of the asset class,” stated Savills Hotels’ Nick Butler, who promoted the property alongside colleagues Selin Ince and Nick Lower. “The precinct is set for significant investment in development with the Lord Roberts at the very epicentre of planning proposals and properties under option.”

“The new owner, who is also new to the asset class, is in the enviable position of being poised to capitalise on the activity that’s expected with such ambitious development,” Butler continued. “While there are plans for some minor renovations to the hotel, the new owner recognises the importance of preserving the character of the building with respect to its history and place in Sydney’s pub landscape.”

Greg & Kellie Pilon and their partners have sold the Amaroo Hotel in Dubbo to a local syndicate, in a sale facilitated by HTL Property’s Blake Edwards and Xavier Plunkett. Over 2,000 sqm metres, the Macquarie Street asset possesses 27 gaming machines, 24 accommodation rooms, a bar, bistro, and a nightclub. The deal comes as the Pilon family have indicated that they are planning to focus on interests outside of the hotel sector. “Greg, Kellie and their partners have loved owning and operating two of Dubbo’s best establishments, but want to now focus more of their time on respective families and other interests outside the hotel sector,” according to Mr. Edwards.

G & R Kratzmann Property Investments have acquired one of the nation’s favourite caravan parks in the form of NRMA Agnes Water Holiday Park. The asset, located between Rockhampton and the Sunshine Coast, was purchased following an on-market Expressions of Interest campaign facilitated by CBRE’s Paul Fraser and Dillon Murphy. “This campaign generated a record level of market interest for an asset sale, with more than 280 enquiries,” stated Mr. Fraser.

The site has been owned by family entity Australian National Homes for the past 13-years, and was sold with a new, triple-net 35-year lease to NRMA Parks and Resorts attached. “We are excited about this acquisition; after years of being in the retail caravan park industry, it has always been an ambition of ours to own a park ourselves,” Gary Kratzmann explained.

283 Elizabeth Street, located in the heart of Brisbane’s Golden Triangle, has been purchased by Silverstone for an undisclosed amount. The building, known as Corbett Chambers, was originally designed by prominent Brisbane architect Claude William Chambers for the Commercial Travels Association, who sold the building to the Commonwealth in 1963. The building was acquired and renamed by the Corbett Family in 2009.

The building has 2,121 sqm of commercial net lettable area, including 1,712 sqm of office space and 409 sqm of basement retail space. “We are very excited to purchase the property and add it to our growing commercial investment portfolio,” said Silverstone’s Managing Director, Troy Daffy. “The property is in an amazing location and will benefit from all the works that are about to occur in Eagle Street.” The sale was negotiated by Knight Frank’s Blake Goddard, Matt Barker and Justin Bond.