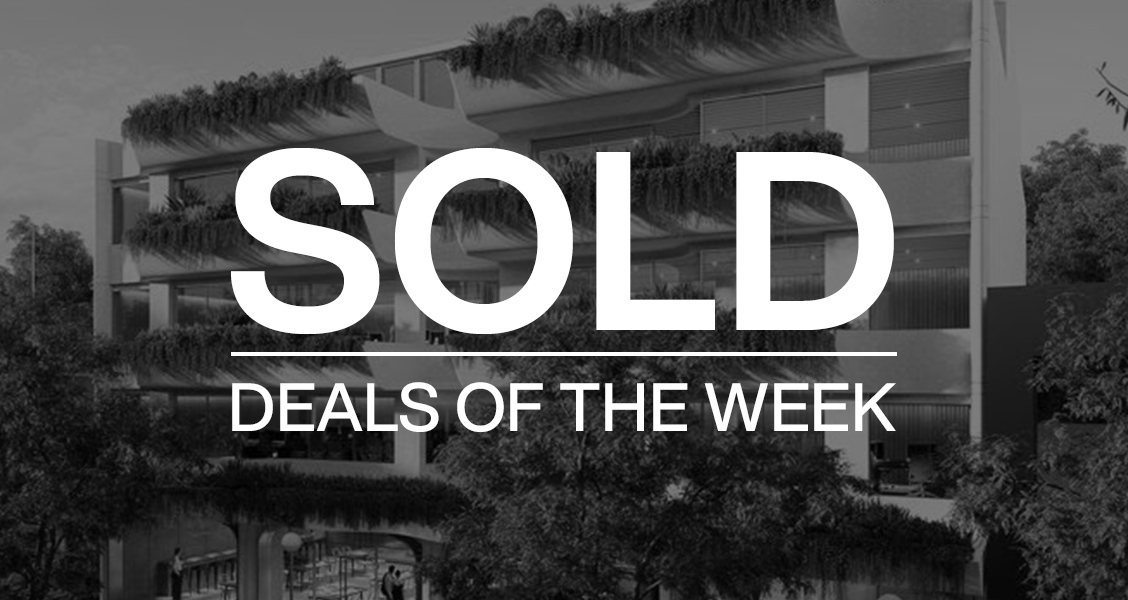 JLL has announced that it acted as advisor on Australia’s largest ever logistics real estate transaction, the acquisition by ESR Australia of Blackstone’s Milestone Portfolio, for $3.8 billion.

ESR Australia have reported that it has partnered with Singapore-based GIC as its capital partner for the acquisition under a newly formed investment vehicle, ESR Milestone Partnership (“EMP”), in a deal which will see ESR contribute 20% of the equity.

Mr Iuliano, said of the transaction that, “This (transaction) is a transformational event and one which will most likely never be seen again in logistics. It’s history in the making and a transformational transaction for Australian real estate. The opportunity to access over 90 tenants and a management platform with significant IP is enormous for any group.”

Fortis has expanded its Sydney footprint with the acquisition of an 824sqm site in Bay Street in Double Bay. The site was purchased for $38.5 million and will go on to offer high quality commercial and retail space in the sought after city-fringe location.

Offering more than 2,500sqm NLA, the proposed development at the site will be a high-quality five storey commercial building, with retail space on the ground floor. The development will feature extensive ground floor activation, expansive two street frontages, 550sqm floor plates, high quality EOT amenity, balconies to each floor and ample bicycle, motorcycle and car parking to service the building.

Following DA approvals, construction at the site is expected to commence mid-2022. The design team will be led by MHNDU Architects, Siren Interior Design and Dangar Barin Smith Landscape Design.

The transaction was negotiated by Colliers’ Matt Pontey and Miron Solomons.

A private investor has purchased a landmark high-profile investment branded as the Adidas outlet . This blue-chip property is anchored at 55-59 Parramatta Road.

This fully leased asset has a net lettable area of 2,595sqm on a prominent corner block of 2,004sqm. As well as Adidas, the building is further occupied by a balanced tenant mix offering multiple income streams with a net passing income of $693,338.

Two Victorian manufacturing facilities, currently leased to Patties Foods, have traded hands with Charter Hall picking up the pair for a total of $141 million. Patties have signed a 30-year leaseback on both assets.

The deal includes a Bairnsdale factory where Four’N Twenty pies are produced, as well as a facility in Pakenham which produces multiple items including Nanna’s products.

The design and construct deal between Vaughan Construction and Intex will see a new, state-of-the-art 7,591sqm office/warehouse headquarters developed by the construction company.

Intex is expanding its operations with the new headquarters in Epping that will be supporting its other warehouse locations and representation on a global scale. This headquarters relocation and upgrade is just another testament to the exciting times of growth being experienced as we continue to embrace the future.

Situated at 142-150 Cooper Street, opposite the Pacific Epping Shopping Centre and the Northern Hospital, the development site comprises a 1,800sqm office/warehouse facility and a second warehouse building spanning 1,400sqm. The property, which has an Activity Centre Zoning, provides 81m of frontage to Cooper Street.

A private investor has purchased a 99 Bikes tenanted investment at 10 Scoresby Road, Bayswater, Victoria. The property was offered for sale during a national portfolio campaign and sold for $1.72 million.

The tenancy sits on a 973sqm site with a 585sqm showroom/warehouse and located 27km east of Melbourne’s CBD where it has exposure to over 23,000 vehicles per day. The asset was originally purchased vacant in 2019 for $1.1 million, after which the vendor spent around $30,000 on capital works. The property was sold with a 10-year leaseback in place.

A 120-place childcare centre in Brisbane’s Milton has been sold for $8.435 million, achieving a record yield of 5.28%, reflecting the tightest yield and highest rate per place recorded in QLD for centres over $5 million. The last major comparable transaction for these yields and rate per place was the Avenues Portfolio in 2015 to Charter Hall for circa $63 million for nine centres.

Proactive Drilling Services has snapped up a vacant land parcel Zoned General Industrial B for $1.32 million at 9 Harris Road in north Brisbane’s Pinkenba.

“The newly completed cruise ship terminal has further pumped the Pinkenba land market, which has been demonstrated by a flurry of sales in the area,” Mr Doyle said.

A major development site in the centre of the Scarborough development precinct has been purchased by USA-based Sentinel Real Estate Corporation for $8.3 million at 194 West Coast Highway and 7-17 Manning Street.

The asset, that was a mix of old short-stay accommodation and residential townhouses, offered a combined 3,000sqm site area and was available as vacant possession.

Sentinel plan to use the site to further develop their build-to-rent portfolio in Perth, where they already have existing projects in Subiaco. A development application has been approved for a 24-storey build-to-rent comprising 175 residential units and three commercial units.

The property was marketed and sold by Ray White Commercial’s Brett Wilkins.