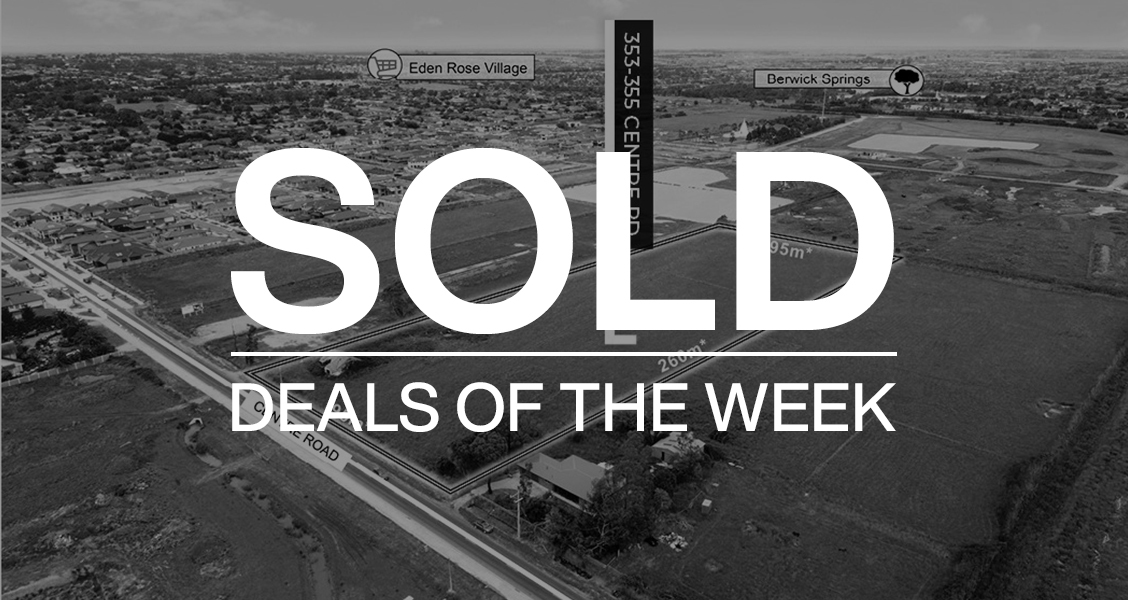 One of North Sydney’s most iconic buildings designed by Harry Seidler has sold to Stadia Capital for over $80 million, amidst the precinct’s continued rapid transformation.

The six-level office building at 41 McLaren Street had been owned by a consortium, which included the Property Development company RBG, for over 20 years and has a substantial site area of 2,359sqm with a net lettable area of 8,450sqm and 91 car bays. It has an underlying B4 mixed-use zoning, allowing for both office accommodation and residential, with the major tenant being Volt Bank.

A prime 10,416sqm development site in South West Sydney has traded from LBP Developments Pty Ltd to a private developer for $16.3 million.

Located at 21 Marigold Street, the property is currently occupied by Mirotone Pty Ltd with the lease expiring in April 2022. The price achieved equates to $1,555 p/sqm of land with a current passing yield of 2.45 per cent.

The property was sold by Colliers’ Trent Gallagher and Angus Urquhart.

A development site in Northmead has sold for almost $2 million over reserve, reaching a final price at auction of $5.325 million.

Located at 65 Moxhams Road, the 804sqm property is approved for a 63 place childcare centre and was picked up by an owner-operator.

The property was sold by Ray White Commercial’s Joseph Assaf and Jai Sethi.

A property in Ermington, with development approval for a 68-place childcare centre, has sold under the hammer for $4.5 million

The property sold to a local investor with the intention to develop and capitalise on the childcare market.

Private vendor Rominoff Pty Ltd. has sold an industrial development site in Seven Hills prior to auction for a bullish price of $3.25 million.

Located at 9 Bonz Place the 1,692sqm fully serviced site is zoned IN1 General Industrial, allowing for a wide range of uses.

It is currently suitable for use as a storage yard, subject to the relevant planning approval, and also offers a complying development certificate (CDC) for a 1,051sqm freestanding industrial building.

A local civil construction company has paid $2.65 million for a prominent Sydney industrial site in Silverwater.

Located at 14 Fisher Street, the serviced 691sqm site can accommodate a circa 500sqm, freestanding industrial building subject to the relevant planning approvals.

A PSP approved 28.17 Ha residential development site in Wollert has been picked up by property investor and developer, Jinding for a speculated amount of $43 million.

Located at 65 Bodycoats Road, the site adjoins Jinding’s ‘The Patch’ Estate and comprises 250+ housing lots and a 12 Ha school site. 15 Australian and off-shore development groups submitted offers to purchase the landholding, and following a very competitive process, the transaction achieving a record price for the corridor and sold on an unconditional basis.

A landmark site located just minutes from the Nunawading ‘Mega Mile’ has recently been sold for $13.8 million - $1 million above expectations.

The property’s new owner is looking to refurbish the existing buildings, retain the current tenants and lease the vacant units. Located at 38-40 & 42-54 Burnt Street, the property spans two titles with the 50 x 60’s / 70’s units and flats returning $525,000 of diverse income annually.

A substantial parcel of land in Melbourne’s Berwick has transacted for $8.5 million.

353-355 Centre Road represents one of the last remaining lots and spans 2.46 Ha of land with a 95m frontage to Centre Road. The sale achieved one of the highest PSM rates in the region.

A private family who owned the property for several decades sold the land to a Melbourne based investor who will develop a residential subdivision of approximately 35- 40 lots.

The centre is a major convenience-based sub-regional shopping centre with a gross lettable area of 45,304sqm. It represents the latest acquisition for YFG Shopping Centres, a family business which controls over 20 shopping centres in south-east Queensland, having last year completed the staged acquisition of Mt Ommaney Centre from Vicinity Centres and Nuveen Real Estate for a total consideration of $379.5 million.

A prominent Brisbane office and retail building has traded from Silverstone Developments to a private Melbourne investor for $8.1 million.

Located at 215 Wharf Street, Spring Hill, the fully-leased 1,333sqm, three-storey building is home to popular French restaurant La Cache a’ Vin, as well as an Asian supermarket and a number of office buildings. The property provides strong investment fundamentals with an annual net income of $444,959.

Located in the heart of Perth’s blue-chip industrial precinct, a functional warehouse and office facility has sold for $3.15 million.

The 4,067sqm lot located at 71 Division Street offers a 1,294sqm warehouse facility with a total building area of 2,237sqm including 900sqm of office space over two levels and an attached small low height store.

The property was sold by Ray White Commercial’s Chris Matthews and Martin Vogt.

Overlooking Hobart’s Sullivan’s Cove and Franklin Wharf, the landmark Salamanca Place project features a FJMT-designed office component of approximately 17,300 sqm, which is connected to Parliament House and leased to the Tasmanian State Government until late 2037.

Also included in the sale is the Marriott Group-managed Tasman Hotel, which is due to open mid-December. The hotel will feature 152 luxury rooms, styled by acclaimed interior designer Joseph Pang of JPDC.