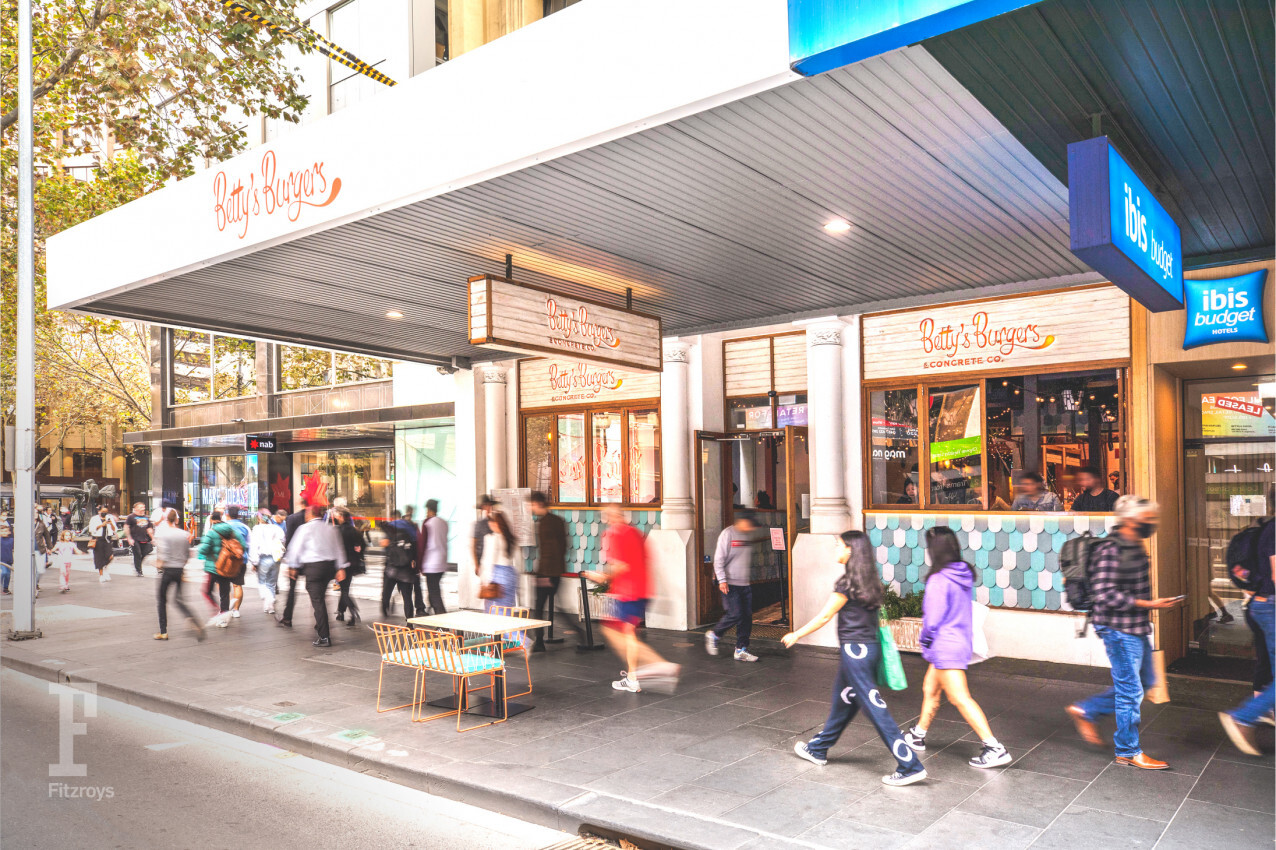 "This is an ultra-rare opportunity to secure a flagship Melbourne CBD premises in the heart of the city."

As we explored earlier this morning, the demand for inner-city commercial real estate in Melbourne is proving near-overwhelming, with reserve prices being consistently outdone, and generated yields sitting tighter than usual.

97 Elizabeth Street expects to echo these sentiments. The Fitzroys team of Chris James, Shawn Luo and David Bourke are presenting the property with price expectations in excess of $8 million.

“This is an ultra-rare opportunity to secure a flagship Melbourne CBD premises in the heart of the city,” Mr. James stated. “It’s rarer still to be able to own such a high exposure CBD asset.” 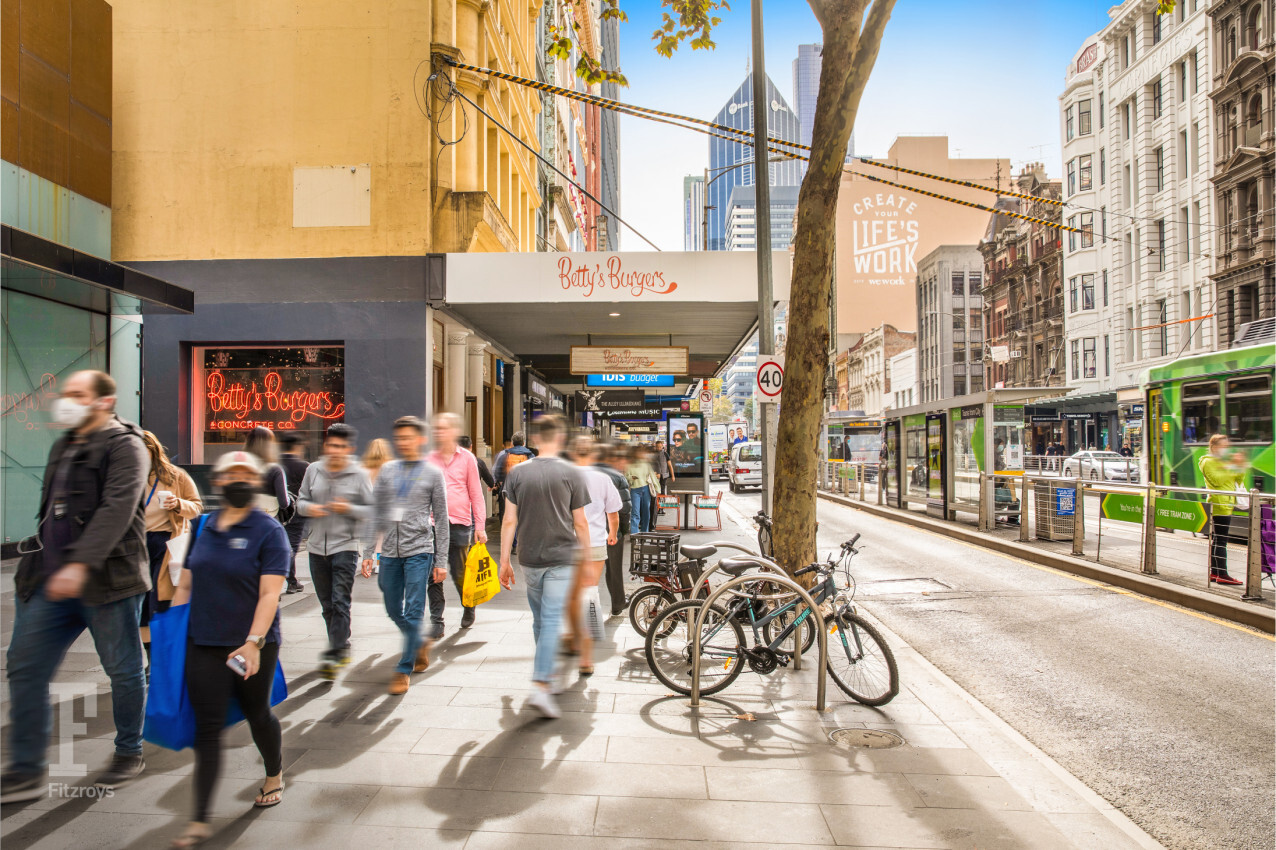 He’s right in that regard. The property is occupied by the national food operator Betty’s Burgers. The Retail Zoo-owned chain reportedly boosted its sales by approximately 20 per cent in 2021, and this CBD outlet is one of the brand’s most reputable and eminent stores. Situated on Elizabeth Street specifically, the property is located as centrally as a fast food restaurant can get.

“The property’s in one of the busiest parts of the CBD in terms of pedestrian traffic, on the ant trail to Flinders Street station and right at the Collins and Elizabeth Street intersection,” commented Mr. Luo.

According to the Melbourne City Council’s pedestrian traffic data, night-time activity is up across the CBD’s dining precincts, and weekend foot traffic is averaging above pre-pandemic levels. The city has opened its doors and is as active as ever, and that naturally leads to a wider range of customers making their way into convenient eateries like Betty’s Burgers.

Betty’s Burgers has a secure 10+10-year lease from December 2016 for the site, and currently returns $438,035 per annum plus outgoings and GST. For investors who are interested in owning a significant parcel of land in one of the highest density catchments in Australia, 97 Elizabeth Street might be worth a look.