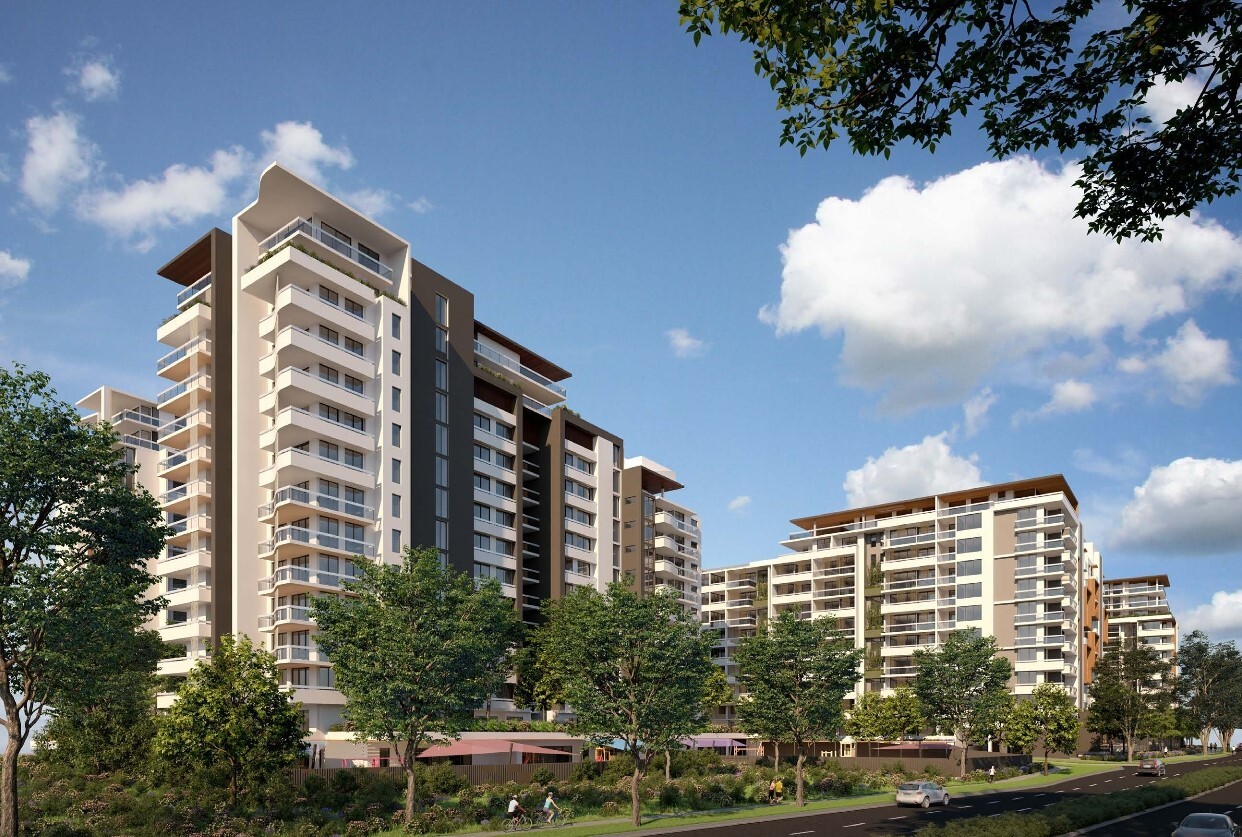 A development site within the Carter Street Precinct directly adjacent to the growing Sydney Olympic Park is up for sale.

The site which comprises of approx. 40,000sqm of gross floor area at Fantail Street in Lidcombe, has approval for a mixed-use development and is expected to be highly sought after by developers, with buyer demand still strong in Sydney, as the residential market continues to perform well.

The development approval for the circa 20,000sqm site includes three residential buildings with a total of 411 apartments, 531 parking spaces over two basement levels, eight shops, a 100-place childcare centre and communal facilities such as an indoor pool, gym and common room.

Dominic Ong of Knight Frank, who is taking the site to the market via an Expressions of Interest campaign along with colleagues Tim Holtsbaum and Grant Bulpett, said the property represented a rare opportunity for developers given its scale and location.

“The asset sits in the strategic heart of one of the world’s most dynamic cities and offers a developer a significant hold on the growth story that is the Sydney economy,” he said. “(It) is one of the last remaining development opportunities within the Carter Street precinct and takes full advantage of the booming Sydney Olympic Park."

The site, which is Stage Two of a larger 18-hectare site owned by AYMCI within the Carter Street Precinct, will also deliver construction of road and civil infrastructure linking to the existing amenity of the local town centre and close to the facilities of Sydney Olympic Park. The first stage, which has been developed into Ovation Quarter, consisting of 421 residential apartments and six neighbourhood shops, is complete after being developed and mostly sold by AYMCI. AYMCI will focus on developing the remaining stages over the coming years, which includes residential components as well as the delivery of a public park, a state primary school and a vibrant town centre focused on providing an unrivalled standard of amenity to the future residents of the site.

“The New South Wales Government’s Carter Street Precinct Framework will transform the area into a premier commercial and residential district, with the AYMCI site the prime gateway into it." Mr Ong stated. "Carter Street will be a green and vibrant new walkable community with open space, school, a village centre, amenity and employment, as well as quick connections to Sydney and Parramatta via the Western Motorway, the future Sydney Metro West and the Parramatta Stage Two Light Rail. With major road, rail and bus links, this asset is located within easy reach of the city, major commercial areas with plenty of amenity and a young, highly educated workforce.”

Mr Holtsbaum further commented that residential development sites in Sydney had been very strong over the past few years, largely due to the residential property boom in Australia.

“There is a housing undersupply in Australia that shows no sign of abating" he stated. "Particularly with population growth set to increase again now international borders are open, this will underpin residential prices going forward and developers are looking to capitalise on this.”

The Fantail Street site is ready to be built on, with not only the DA approved, but the $4.2m Planning Agreement obligations already paid to the State Government by the vendor. There is also the benefit of services on the boundary of the site, with the demolition of assets complete.

Price expectations for the Lidcombe site are above $78 million.