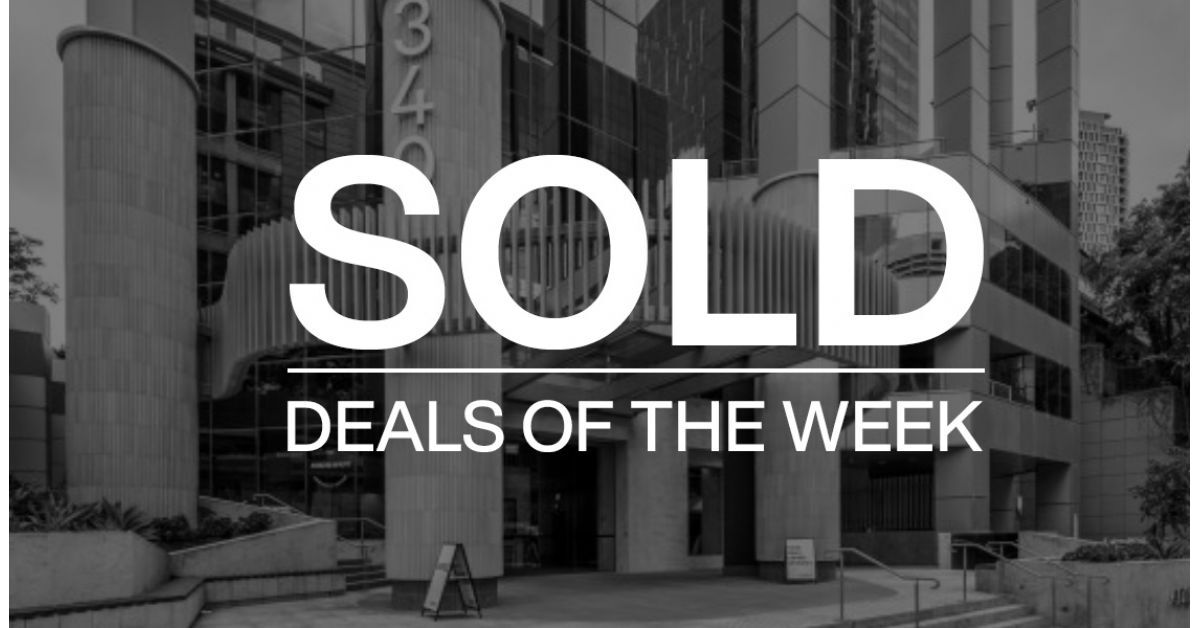 TRUGANINA - $127 million
GPT has recently acquiring buildings and vacant land in an industrial estate in Melbourne’s west from Charter Hall for a speculated $127 million; the purchase lifts the value of GPT's logistics portfolio to near $3 billion.

The cold storage facility, two warehouses and vacant land are located within the 90-hectare Drystone Industrial Estate in Truganina. Several high-profile companies have signed on to the estate, including Target, The Reject Shop, Woolworths, Rand and Laverton Cold Storage.

ABBOTSFORD - $8.3 million
An Abbotsford industrial property located within the old CUB industrial precinct with significant development upside has sold for 20% above the price guide, achieving $8.3 million at auction.

Located at 53-59 Church Street and 4-6 Mayfield Street, the 2,520sqm formerly belonged to the family of Australian chief science officer, Alan Finkel. The successful bidder, a local private investor, intends to landbank the asset, which is fully leased and returns $217,500 pa on a short-term lease.

PRAHRAN - $6 million +
A double-storey office/warehouse in Prahran has sold successfully to an owner-occupier for a speculated $6 million plus.

Located in Brisbane's 'Golden Triangle' at 340 Adelaide Street, the building has undergone an extensive refurbishment by Mirvac and sold at an 11% premium to its June 2020 book valuation.

The asset was 93% leased as the deal was drawn with Oracle, Cover-more Insurance and the Attorney General's Office accounting for much of the leased space.

COLLINGWOOD PARK - $13 million
A substantial Collingwood Park land parcel that sold for $5.4 million in March 2019 via auction has been sold again for $13 million after securing development approval for a 323-lot residential subdivision at 186 Collingwood Drive.

With a 27.154 Ha land area, the parcel was originally purchased by a private Sydney-based group, Weiya Development Pty Ltd, with the new buyers a southeast Queensland-based development group.

PINKENBA - $5.5 million
A local investor has purchased an office/warehouse industrial property in the ever-popular Brisbane suburb of Pinkenba for $5.5 million at 52 Savage Street.

Located at 15 Strathaird Road in Bundall, the 3,704sqm block presents a freestanding 1,792sqm building and was sold leased to long-term skating rink tenant Iceland, which is on a five-year lease plus option. The new owners have announced plans to eventually develop a $10.5 million strata-titled warehouse, with a total of 14 strata-titled showrooms and warehouses with ancillary offices.

73 Northlink Place, Virginia, was previously the longtime home of Daroji Printing and is set to be retrofitted with cranes by the incoming owner.

RYDALMERE - $6.2 million
A group of 12 units leased to Zenitas Healthcare in Sydney's north-west has sold to a NSW-based syndicate for $6.2 million.

Located at 391 Victoria Road in Rydalmere, the 1,275sqm property was built in 2018 and includes accessible separate units, multiple car spaces, a lift, ramps and rooms adaptable for tenant needs.

REGENTS PARK - $3.75 million
An approved church site in Regents Park has sold at auction for $3.75 million – well over the reserve price – amid ongoing demand for Sydney properties approved for religious purposes. It represents a strong outcome for the vendor, the Indonesian Christ Family Church, who have owned the site for 22 years but are now on the hunt for larger premises.

A Sydney temple group - Shaolin Kungfu Meditation of Australia - purchased the site, which is situated at 14 Clapham Road and 24-26 Elaine Street. Zoned IN2 Light Industrial, the property had a site area of 1,416sqm and includes a freestanding building of 844sqm.

The property, located at Unit 5, 10 Bradford Street, was sold as a going concern and offers high clearance and clear span warehousing, excellent truck and container access, and B7 Business Park flexible zoning.

The deal was negotiated by Savills Australia’s Jake Savery and Sam Wallace.

BALMAIN - $1.4 million
A local investor has purchased a 116sqm mixed use freehold asset in Balmain, with breathtaking views of the Sydney CBD skyline for $1.4 million.

Located at 205 Darling Street, Balmain, the property sits on a 102sqm site and has a diversified income stream, with the ground floor being let to an Art School and Residential tenant occupying the upstairs space. The yield achieved was 4.2%.