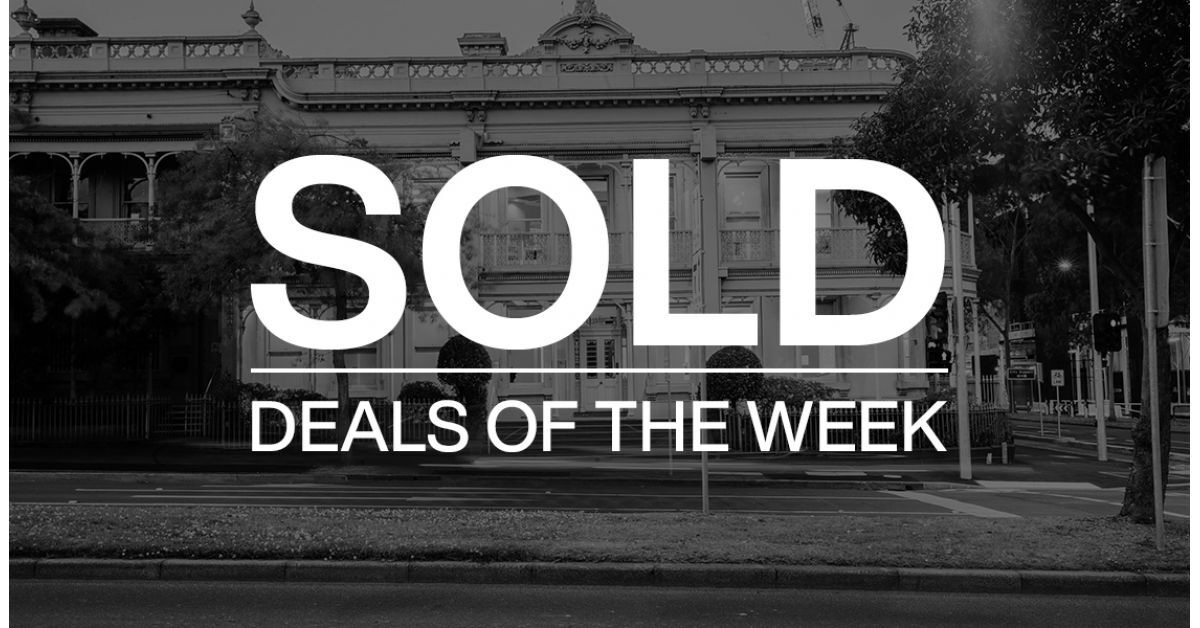 SYDNEY - $48 million
Fife Capital has picked up two Sydney CBD offices from publican Kim Maloney in a deal that was mooted four months ago and said to be worth near $48 million.

The deal consists of the seven-storey Bosch Chambers at 114 Castlereagh Street, which is part leased to St James Hotel, and the four-storey 139 Elizabeth Street. Combined they represent 2,828sqm of NLA including ground floor retail.

Located at 8 Central Place in Ropes Crossing, around 50km west of Sydney, the asset had recently been granted permission for the construction of several six-storey residential buildings. The DA was originally applied for in April 2019 and will allow for three residential buildings containing 128 apartments, as well as offices to be constructed above an existing childcare centre.

DARLING HARBOUR - $38 million
The Radisson Hotel and Suites in Sydney’s Darling Harbour has been picked up by a Chinese investor for a discounted $38 million, marking the first major accommodation transaction of 2021.

The 100-room, four-star hotel, drew significant attention by multiple build-to-rent groups, however it ultimately will remain as a hotel under the new owner. Located on the corner of Sussex and Liverpool, the hotel was originally listed at $40 million.

SYDNEY - $5 million
Lots 3&4, 1A Macquarie Street, have sold successfully via private treaty for $5 million, setting a new per square metre record for Australia.

The assets offered a combined 44sqm tenancy area (26sqm and 18sqm) and have been leased to the same tenant for 20 years. Located next to the internationally recognised Sydney Opera House they have a superb outlook towards Sydney Harbour Bridge.

The properties were marketed and sold by Ray White Commercial’s Andrew Vines.

MASCOT - Undisclosed
A local buyer has purchased a 485sqm industrial strata unit at 4 Bronti Street, Mascot from another local private.

The property was sold as a going concern and offers high clearance warehousing with an additional 318sqm of approved mezzanine floor area plus excellent truck and container access, all within beneficial IN2 Light Industrial zoning.

The deal was negotiated by Savills Australia’s Jake Savery and Darwin Brooks.

Located at 3-7 Hamilton Street, the three-storey 3,720sqm building was originally purchased by the vendors two years ago before a major refurbishment was undertaken. The property also presents a three-level basement car park with 114 bays and is leased to

BALLARAT - $12.39 million
A Melbourne investor has splashed out $12.39 million for the Ballarat Lifestyle Centre, located just outside of Ballarat in Delacombe.

CARRUM DOWNS - $17 million
Sunland has sold a townhouse site in Carrum Downs to a local Melbourne builder for $17 million.

The vendor originally purchased the property, located at 17 and 18 Pagett Road, for $13 million in 2018, where they promptly submitted plans for a residential redevelopment of 185 dwellings with end value of around $100 million

EAST MELBOURNE - $12 million +
The building home to the Bionics Institute of Australia in East Melbourne has sold for over $12 million, following the organisation opting for the opportunity to relocate after owning and occupying the property since 1992.

The double-storey heritage listed building at 384-388 Albert Street sold to the Catholic Archdiocese of Melbourne The sale translates to a very strong yield of less than 3% and a building rate of $13,672 per sqm, well in excess of market expectations at the commencement of the campaign.

BLACKBURN - $5.75 million
A national retailer has snapped up a large-format vacant showroom in the premier ‘MegaMile’ precinct for $5.75 million from a private owner.

The Mega Mile, which spans Blackburn and Nunawading, is one of the largest home and lifestyle precincts in Australia and is surrounded by a mix of high profile national retailers and excellent transport amenities.

The property was sold by Savills Australia’s Rick Silberman.

The property includes 12 partially completed apartments originally built in the 1930’s which were undergoing a renovation when receivers were appointed on the site. The sale represented an apartment rate of $437,500 after attracting nine separate offers as a result of the sales process.

BRISBANE & ADELAIDE (SA) - $62.5 million
Centuria Capital Group picked up three warehouse investments, two in Brisbane and one in Adelaide, for a combined total of $62.5 million. The assets will be placed into the Centuria Industrial Income Fund No 1 (CIIF1), which launches today on February 1.

The largest of the three is located at 136 Zillmere Road and encompasses a 16,000sqm facility in Brisbane’s Boondall and was sold for $39.6 million. Over in Crestmead, at 2-6 Titanium Court, the second Brisbane encompasses a 5,000sqm warehouse rented to Vulcan Steel and sold for $12.4 million. The third property offers 7,200sqm at 68-70 Kapara Road, Gillman in Adelaide and was sold for $10.5 million.