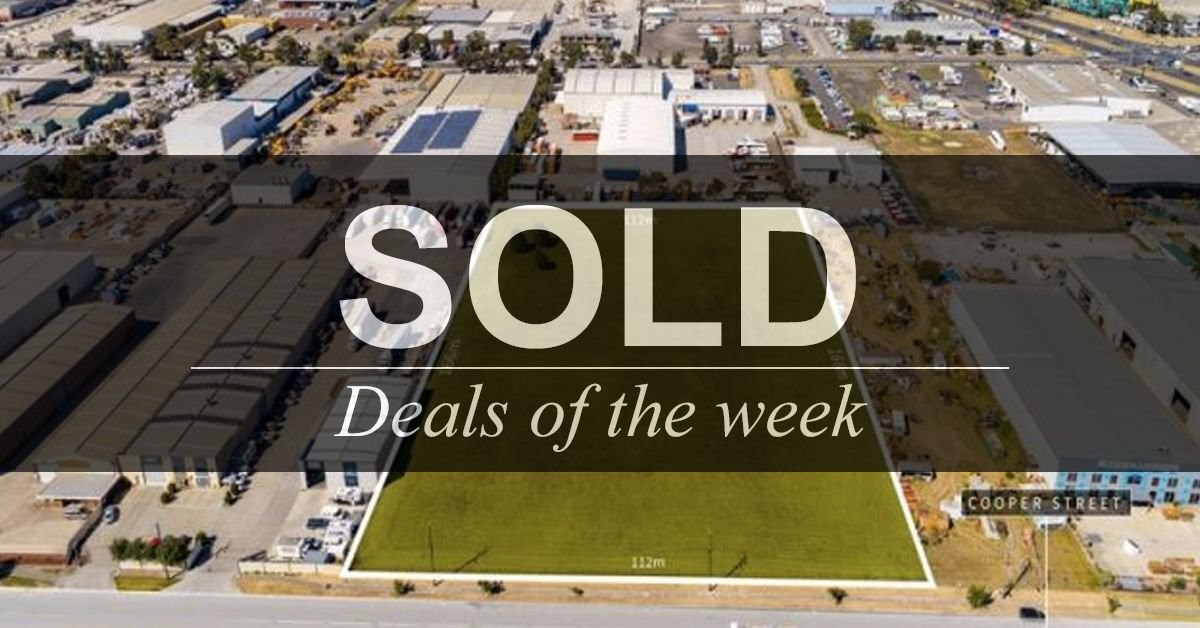 SOUTH WINDSOR
A 4,587sqm development site in Sydney’s far north-west has been traded from Peter Antunac to a private developer for $3 million.

BANKSTOWN
Another DA approved site in Bankstown has sold for $3.625 million to Moderndale Pty Ltd. The site has approval for 26 (4 x 1-Bed, 20 x 2-Bed, 2 x 3-Bed) apartments and is situated in close proximity to the Bankstown train station.

MEADOWBROOK
Two adjoining plots of land in Meadowbrook have recently sold for just under $2.642 million. The combined 1.93 hectare greenfield is zoned for industrial use and is situated close to public transport, main freeways and the Griffith University, Logan Campus.

RACEVIEW
A flood free, 1,783sqm industrial zoned block just outside of Ipswich has sold for $220,000.

The vacant lot has a new medical centre under construction next door and is only five-minutes from the centre of Ipswich.

BRIGHTON
A local Melbourne investor has secured two leased strata-titled shops on Bay St in Brighton. The 130sqm properties have parking and were sold subject to three-and-four-year rental increases.

While the site is currently zoned for industrial use, Genesis plan to build an apartment complex on site.

BERWICK
A mixed-use development potential site in Berwick has sold for $3.23 million.

Peter Watson and Ross Neilson handled the sale, promoting the demand for new retail/office spaces in the location.

Nine residential flats are situated on-site and are subject to short term leases.